pop over here KILLER HOLIDAY, the fourth mystery in the Killer WASPs series, is available as an e-book, out October 24th, 2017, from Harper Collins’s Witness Impulse imprint! Please order the paperback, due November 27th, from Harpercollins.com now. Thank you!

get more Tis the season for mayhem and mystery . . .

Kristin Clark and her offbeat crew of Bryn Mawr pals are ready for a festive holiday—one that involves sipping Blitzen’s Bourbons by a yule log, a missing Samsonite full of gold, and a holiday cabaret starring ex-Mafia wife Sophie Shields. And it seems that Old Saint Nick has something more dangerous in store.

Bossy Powerball winner Eula Morris is also back from a luxury cruise, more boastful than ever and toting a handsome new boyfriend (who looks oddly familiar), as well as a suitcase filled with valuables that Eula “forgot” to declare at Customs. When her Samsonite is snatched, Eula implores Kristin and the gang to track it down.

Is Chip on the run, or was he kidnapped? Who shot at Sophie, and are the two events connected? The Killer WASPs and Kristin’s basset hound, Waffles, are on the case—before this white Christmas turns dark . . ..

Amazon | HarperCollins Ibooks About the series: Crime really stings in Killer WASPs. If you love cocktails, antiquing, parties, shopping and the occasional crime-lite thrown in amid vodka  tonics and tennis matches at the club, I think you’ll love Killer WASPs. The first in a series, Killer WASPS features crime, romance, and fun amid the classic estates of Philadelphia’s Main Line. Thank you for reading!

Amy Korman is a former senior editor and staff writer for Philadelphia Magazine, and author of Frommer’s Philadelphia and the Amish Country. She has written for Town & Country, House Beautiful, Men’s HealthCosmopolitan. She lives in Pennsylvania with her family and their basset hound. Killer WASPs is her first novel. 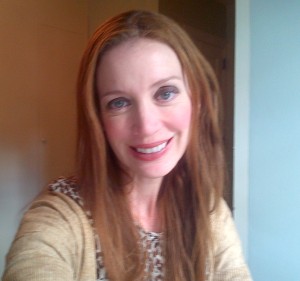